Scaling a fish might seem overwhelming, but it doesn’t have to be. While there are a few approaches you can try, we’re going to go over a simple method that will have you scaling a fish like a pro.

Whether you bought a fresh fish at the seafood market for a special dinner at home or are cooking the catch of the day over a campfire, knowing how to scale a fish is a skill any seafood lover should learn. Here are three steps to help you refine your technique.

Preparing properly makes the rest of the process go so much smoother. Gather your supplies, including a butter knife, kitchen shears, and a bucket of water or your kitchen sink. If you’re planning to filet the fish after scaling, you will also need a sharp fillet knife with a long, flexible, narrow blade.

Once you have everything together, clean the fish. Most fish have a slime coat that has to be washed off before scaling. It makes holding onto the fish a little difficult. Use a dry towel or cloth to hold onto the fish if necessary, then use cold water to rinse the slime away.

Let the water run over the fish to loosen the scales, which makes the whole process a little easier. Be sure to do both sides for best results.

If you want to remove the fins, this is the time to do so. Some people find the fish easier to work with after the fins are removed because the fins, particularly the dorsal fin, can get in the way, making the process more complicated than it needs to be.

Once the fish is clean, place it on a protective layer, something that will catch the scales and make cleanup easy. Scaling a fish is a very messy process so covering your table or cutting board with something like a large piece of newspaper or parchment paper is a good idea. When you’re done, you can fold the paper up to contain the scales and through everything directly in the garbage.

Use your non-dominant hand to hold the fish firmly by the tail, making sure the fish isn’t going to slip or move around when you get to work. Scales and fins can be sharp, so it might be a good idea to use rubber gloves if you have them.

Take the butter knife in your dominant hand and place it at a 45-degree angle against the fish’s skin near the tail fin. Continue to hold the tail firmly, then scrape the knife from the tail toward the head, raking the knife along the skin. The scales should pop off as you scrape the knife. Repeat until all of the scales are gone. Then, flip the fish and repeat the process on the other side.

After you’re done, run the fish under cold water again to remove anything that you missed.

If you don’t like the mess of it but you like the wow-factor of a whole fish, you can cook the fish before removing the scales. You can do this with all types of cooking methods. After the fish is done, use a knife to remove the skin with the scales attached.

Scaling a fresh fish is only the first step in preparing to cook it. After you remove the scales, the next step is to clean and fillet the fish.

To clean the fish, you’ll need your kitchen shears. Snip the gills where they meet the jaw. Then, place your thumb under the gills and insert the shears into the vent or hole on the fish’s belly and cut it open. Next, snip the tissue that connects the top part of the gills to the body and repeat on the other side. After doing so, you should be able to grab the gills and pull, taking out the insides of the fish in a single, smooth motion. Alternately, you can remove the insides of the fish through the slit you cut in the belly.

The next step is to remove the head. Find the bony ridge behind the gills and cut down and around, removing the pectoral fins as you go. Then, flip the fish over and continue to cut up and around the gills on the other side. This forms a V-shaped cut around the head of the fish. At this point, you should be able to quickly and easily pull or twist to remove the head.

After you’ve cleaned the fish, it’s time to fillet. Insert the knife tip into the back of the fish where the dorsal fins were and cut along the spine to the tail. Then, pull the flesh away from the bones, using the tip of the knife to cut along the natural line where they meet. Basically, you’re going to follow along the ribs. Turn the fish over and repeat. You can start at the head and work backward if needed, depending on which is your dominant hand.

That’s it! You should have two gorgeous fillets to toss on the grill or fry up on the stove.

The First Step in a Delicious Meal

Prep work is an important part of learning how to scale a fish. Cleaning the fish properly makes the whole process easier and, if you prepare your work surface, cleanup is a breeze. Follow our simple instructions and keep practicing. Soon enough, you’ll refine your technique and give the pros a run for their money. 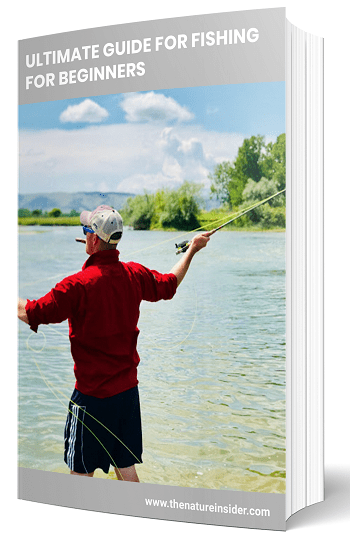 How To Start Fishing

Download our FREE pdf guide and learn how right gear can help you improve your skills.

© 2020. All rights reserved. The Nature Insider